“If a race has no history, if it has no worthwhile tradition, it becomes a negligible factor in the thought of the world, and it stands in danger of being exterminated.” Dr. Carter G. Woodson

This is the second year in a row where I have sat back, put my feet up (figuratively speaking) and waited for a Black History Month moment to come to me (literally speaking).

It’s true I go through my annual rituals of selecting my Black History Month readings, I talk to my family and others about some of my favorite African American historical icons, and I either visit or reminisce about the insightful and educational times I had at the Charles H. Wright Museum of African American history.

This year was no exception. However, I recently confessed to my dad that I don’t feel very “Black History Month-ish” this time around. I was shocked to hear that he felt the same.
We spent time trying to determine the answer to the burning question ‘why?’ ‘Why do we feel this way?’ Is it because of the political climate of the country that makes it challenging to want to celebrate achievements of Black Americans since an African American family no longer occupies the White House?  Could it be because the leader of the free world speaks of a certain black, male abolitionist and historical figure in the present tense, and as a Detroit Free Press columnist wrote that “we can only laugh when a young white boy grows up to be president in 2017 and thinks he can invite Frederick Douglass to the White House for Dinner?” And in addition, the White House press secretary believes that the “contributions of Frederick Douglass will become more and more.” Is it because of the tired complaint of many African Americans that February is the shortest month of the year, and therefore doesn’t give us much time to plan events/activities to celebrate? Is it because my dad and I are just being lazy this year?

We never answered the ‘why,’ and I’m happy we didn’t dwell on finding the answer because if we had done so, we may not have discovered what steps we can take to change these un-celebratory feelings.

Interestingly, my dad said, “if we forget to celebrate this year and let this year pass by, then it’ll be easy to do it next year and the year after, until soon, we won’t see the need to recognize this month anymore.”

Although I’m that same girl and I did all these things, February 2017 forced me to realize that I need to do more. I’ve realized what made Black History Month so special to me the past few years is that it’s not passive, it’s active.

As the month comes to a close, I’m more alert to ways to become more active; perhaps it’s writing or reading an article, creating a Black History Curriculum to be taught in the community  stretching beyond the month of February, or attending special events.

I can no longer expect Black History month to be a feeling. It is a month of purposeful action that can and should easily translate into daily living. Leah Johnson ltaishaj@att.net 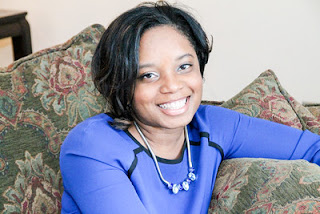